Everyone has a phrase that when they hear it, they just want to go nuts. For me, there are four phrases that are like nails on a chalkboard. And I probably hear one of these phrases on a weekly basis as I travel the country giving speeches, consulting and coaching restaurant owners and managers just like you.

The four phrases that get under my skin are:

Let me explain the first one…

Some time ago, I went on a single-day consult with two team members to a restaurant that had a retail shop and motel attached to it. The overall business was struggling, and I really wanted to over deliver and show them how to bring everything into systems for success.

It was a lot to get done in one day. Two of us spent a good part of one day combing over numbers to create an accurate budget to be used as their plan for success. This was not a typical budget because of the three revenue centers. While we were doing that, the other member of our team was working on bar systems and training. It was a whirlwind.

Toward the end of our day, about 11 p.m., I was reviewing with the owner all that we had done on our one-day visit. I was feeling very good that we over delivered, until the owner said, “I don’t know why you spent all of that time on the budget. I don’t need a budget. I know my numbers.”

I thought I was going to explode! I calmly relayed the importance of a budget. Why it was critical to their success, etc. But the owner still thought it was not necessary. So while we reviewed the budget we put together, the owner insisted, “No that’s wrong. We have a 28 percent food cost.” I tried to explain that’s not what the numbers showed, but again, I was told we were wrong.

To demonstrate that the numbers don’t lie, I went one month after another and showed that the P&Ls showed 32 percent, 34 percent, 36 percent… there was not one month in the last 12 that was as low as 28 percent.

This exercise was not to prove being right or wrong, but rather the importance of really knowing your numbers. If you measure your numbers against your budget at least monthly, you can make changes to your business that WILL make you more money.

That is the number one thing restaurant owners should never say. Click here to read #2.

Read more about how to be a successful restaurant owner in our free special report, Breaking Away from the Insanity: How to easily take control of your restaurant and make more money. Download it here. 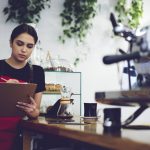 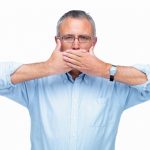