Bad Yelp reviews happen to good restaurants, but I want to address the bad Yelp reviews that happen to bad restaurants and what it should mean to them. Over the years Yelp has left a sour taste in the mouth of many independent restaurant owners. Businesses have accused Yelp of being slow to remove fake reviews and for promoting negative reviews of businesses that don’t advertise with the company. These are merely accusations, and I can’t tell you whether they’re true or not, although the Federal Trade Commission has twice decided not to pursue action against Yelp.

One thing I can tell you is that many of the restaurant owners I work with would prefer never to even look at Yelp in their lifetime, much less monitor the reviews they receive on their business’s page on Yelp.

As a restaurant coach and trainer, I have to caution you against this attitude. Yelp and bad Yelp reviews are not to be ignored. I’ll explain why using my family’s dining experiences as the example.

Like many families, we have a busy schedule with our two teenagers, my traveling and running a small business. As a result, we eat out 16–20 times a month as a family, sometimes more. As a family of four, we probably spend an average of $65 each dining experience. When we look to go out to eat, we probably pick from the same 8–10 restaurants on a routine basis, and then there are the fringe restaurants. Fringe restaurants are the ones where our dining experience is hit or miss, or the service is consistently poor but we like the food. For the purposes of this article, I want to tell you about one of those fringe restaurants. My goal is not to embarrass them or harm them in any way so let’s just call them Uncle Bill’s Restaurant.

Uncle Bill’s is a locally owned and operated restaurant with two locations. They have built their business over the years by being a family oriented restaurant and sports bar. The bar is a small part of what they do. The theme is American Pride, and they have lots of TVs for sports. The centerpiece of their menu is a Philly cheesesteak sandwich and wings. They also serve a large selection of pizzas, hoagies, grinders and salads.

As a family we have frequented Uncle Bill’s for more than a decade. For a long time, the cheesesteak sandwich was so good you would crave it. The service was decent, never great, but it wasn’t bad enough to keep us from dining there. Over the past few years the place has gotten dirty, service has dropped to a level of sucks and the food is a crapshoot. Some days the food is great and others, well, it sucks.

It finally got to a point where we would avoid the restaurant until we forgot how bad the last experience was. This translated from dining with them once a week to once a month to every other month. The crazy part is, you’d think we would learn. I mean, the four of us play an unofficial game: will our server actually get our order right and would the food be good or not? I guess when you have low expectations to start with, it’s hard to be disappointed. This story is about two of those times.

On one recent visit the hostess seated us next to a picture on the wall where the glass was broken and sharp edges were exposed. Then as usual, the service sucked, they got the food wrong and we were again disappointed.

But for some reason I decided to take my family there 17 days later! This time there were five of us because we took one of my daughter’s volleyball teammates with us after practice. Unbelievably we were seated at the same table as our last visit, next to the same broken picture

We waited about eight minutes before we got service. Our drinks were ordered and delivered and it was time for our server to take our order. First my wife, then me (not my daughter), then my daughter, then my son and then… the SERVER LEFT THE TABLE! My wife had to actually chase the server down at the POS system to get her come back and take our guest’s order. I’ve experienced a lot of bad service in my day, but I honestly have NEVER seen that one before.

As we waited for food, a busser cleaned a table behind us while dragging a leaking trashcan. Two bussers followed up to mop up the mess right before four young men were seated there. No sooner did they sit down that they started complaining that their feet were in a puddle. They had to wave down a server to ask if they could move tables.

By the way, no one ever came back to clean it up properly.

Our food was delivered all together, even though we ordered wings as an appetizer. We ordered a large order of fries to share that were so cold, we had to ask for a new basket (WE NEVER DO THAT). The crappy service continued with no manager visit to the table and BOOM! $65 plus tip later, they lost us as customers.

What kind of impact does that have on the restaurant? Well, if they were on our weekly dining cycle like many other restaurants are, the sales impact is $281 a month or $3,380 a year! What if they piss off 10 customers a month to a point where they decide never to come back like us? Ten customers a month times 12 months equals a total of 120 customer visits. That’s just disappointing 2.3 customers a month on average. Take that 120 customers times $65 a visit and this restaurant has lost $405,600 a year in gross sales!

I know many restaurant owners who insist Yelp removes good scores if you don’t advertise with them. But I’m not buying it. I have members who don’t advertise with them and deliver such a great hospitality experience they have 4.5–5 stars on the website. What I am saying is stop just brushing bad Yelp reviews and other similar social media review apps off as nothing but crazy bastards. At some point in time, you have to look at your restaurant ratings and say, “Is that really me?”

So I thought I would take a look at what Yelpers said about Uncle Bill’s.

As you can see, our dining experience was not unique. The consensus is 2.5 stars!

Even if you disagree with Yelp and how they post reviews, or if you feel like they hide your good reviews and are a pay-for-play app, when you have this many customers bashing your restaurant, I’m telling you, where there is smoke, there is fire. Just see these consistently bad Yelp reviews.

What to do with bad Yelp reviews

I hope like heck that your restaurant doesn’t score like Uncle Bill’s. But even if it’s rare for you to get a bad Yelp review or a bad review anywhere, what do you do with it?

Here’s what I recommend to get you started:

It’s time to stop brushing your bad Yelp reviews off as just the crazy bastards and start looking at every review as an opportunity to be better.

For ideas on how to improve your customer’s experience, read our special report, Breaking Away from the Insanity: How to easily take control of your restaurant and make more money. Download it here. 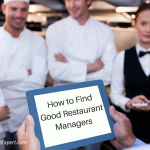 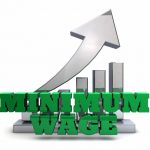