Why to Lead with Courage

Leading with courage is a lot easier said than done. But the most important thing to realize is that doing nothing because you’re afraid is worse than doing something you’re afraid of doing.

What you don’t do will often hurt you more than what you do.

You can lead with courage in two ways: intellectually and morally.

Courage helps you make change. It helps you refuse to accept limits and it keeps you from stopping at industry boundaries. This type of courage is intellectual courage and it keeps you ahead of or on pace with change rather than fading into obscurity, doing things as they have always been done.

Sometimes ignorance or not knowing the right path to take is just as good as having intellectual courage. Some of the greenest owners/managers I work with get the best results. They get results by following exactly what we teach without being hampered by the knowledge of what they’ve done in the past. Some of the least successful owners/managers I come across are the ones who are always saying it is impossible.

Having moral courage means you will stand up for your principles. Moral courage is vital for your company culture. Some managers or owners will observe struggles and refuse to solve the problem. These cowards stand on the sidelines and are waiting to take credit for successes and then pass the blame for failures. These actions breed mediocrity. It takes courage to make a stand and say with conviction, “I will not bow to mediocrity, I will not stand for the status quo and being average is our enemy!”

Do your due diligence, but do not falter or delay. Make decisions and plow forward leading the way into the future. Courage is also easier if you are not alone. Strive for common goals and make every day about something bigger than yourself.

A team that is both counting on and backing you at the same time makes it easier to plow forward. Make your goals about others rather than for personal glory. It is always easier to perform a courageous deed for others than to do it for ourselves. The status quo is the path of least resistance, but is also the road everyone else is on. Where do you want to be? 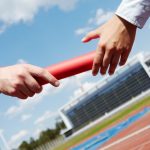 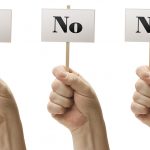 3 Time-Sucking Mistakes and How to Fix Them1. David Scott Peters, Leadership, SMART Systems