A Story About Giving Up Control

I want to share a story with you. It’s the story of an incredibly talented young chef/restaurant owner. When I first met him, he was in his mid 20s. He had worked at one of the most prestigious restaurants in the nation. He had opened his dream restaurant from start to finish. And he was wowing the socks off his customers with his incredible food.

You know what the only problem was? He wasn’t making any money. Now this guy wasn’t afraid of success. No, in fact, he strove for success in everything that he did. He was so focused on success that he was fearful others couldn’t do the job he could, so he ended up doing as many of them as possible.

He worked morning to midnight, seven days a week. He placed the orders, scheduled the staff, wrote the menus, trained the employees, paid the bills, did the books, oversaw the kitchen and the front of house… heck, he even worked the line when he felt he had to.

The challenge was the money was going out faster than it was coming in, even on record sales!

Again his problem was not letting others do more because he was afraid they couldn’t do it as well as he could.

When I went out to visit his restaurant, we spent a day going from the front door to the back door. We talked marketing, we talked operations, and we talked profitability and systems. He even joked about my guarantee of finding $10,000 before I hit the back door. We had a very fruitful day. But of all the things we talked about, do you know what the most important lesson he learned that day was?

It was, since he promoted ALL of his cooks from the dish pit and put them through an apprentice like on-the-job training, that if he hired one more new dishwasher and promoted another to cook, we could kick him off the line and he could do more! That’s right, for about $10 an hour he could start focusing on making tens of thousands.

This guy didn’t stop there. No, he eventually replaced himself from day-to-day kitchen operations, promoting one of his key kitchen guys to chef de cuisine. That’s right, he gave up control of his fine dining restaurant to someone else.

Guess what didn’t happen? He didn’t walk away from the kitchen entirely. Instead he inspected cleanliness, food quality, prep systems, waste sheets, food orders and food presentation, etc. He inspected food costs and labor cost. He inspected what his chef de cuisine was doing.

The chef/owner discovered that when he gave up control of the kitchen, the chef de cuisine could pay closer attention to the kitchen numbers and systems because he did not have to worry about payroll, paying the bills, marketing the restaurant, levels of service, etc. No, the chef de cuisine had a much smaller world to worry about, which meant he could actually do a better job than the chef/owner.

And from that point on, he learned to give up more control to other key managers and the importance of following up and inspecting that things were getting done correctly. He just didn’t walk away. He learned that “giving up control gave him control.”

This story took place almost 10 years ago. That talented young chef’s name was Fred Langley! That’s right, Fred Langley, the director of operations here at TheRestaurantExpert.com, your restaurant coach and consultant. A guy who before coming on board here full time owned a fine dining restaurant and later a family casual restaurant.

This is a guy who is so driven that when he gets into the restaurants of our Management Consulting Services clients, he is able to get more out of their management teams than anyone thought possible. He understands how important it is to give up control to gain control. And most importantly that it means you have to inspect what you expect… that you just don’t give away the keys. 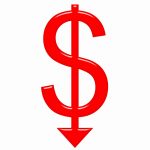