Stop Your Bartenders from Stealing

The liquor in your bar and/or restaurant is liquid gold. Your bartenders are probably giving away a lot of that gold and not tracking it. Also, they’re doing it without permission. It’ s not their money to give away.

This video covers the solution to stopping theft behind the bar, to stop your bartenders from stealing. Hint: the answer is not to fire them.

Once you incorporate how to prevent bartenders from stealing in your bar or restaurant.

First, the solution is not to fire your bartenders. Instead, tell them what theft is, put controls in place to prevent theft which also catch them if they’re too stupid to stop stealing.

You don’t want to fire valuable employees that you’ve trained on process and culture. Customers probably love them. Plus, it wasn’t their fault they were stealing. It was yours – it’s the restaurant owner’s fault for not putting controls in place in the first place.

Here are three controls you can put in place to stop theft behind the bar.

1. A spill sheet: this is the same thing as a waste sheet in a restaurant kitchen. Mark down any spilled drinks, returned drinks, broken bottles. That way you know the value of the product you’re losing, but also points out any problems that you can train your bartenders to fix.

2. A comp sheet: this is a tracking sheet for drinks that given away. Give every bartender two free drinks no matter what. If they need more, they have to ask. The request is usually for a customer/guest issue, not a theft issue. And this shows your bartenders the value of the liquor they’re giving away.

3. Mid-shift bar drawer audit: If you think someone is stealing, they are. In the middle of the bartender’s shift, come behind the bar, run their server report, take their cash drawer that they verified at the beginning of their shift and give them a second drawer. They also need to verify the second drawer. Then take the first drawer to the back and count it, comparing it to the server report. You’re looking for all the money and the credit card receipts that have been closed. If you’re more than $5 over or under the drawer, you probably want to fire them. Instead, train them. Let them know of the new process of auditing the drawer in the middle of a shift.

If you would like to learn more about systems and how to stop your bartenders stealing, read our free special report, Breaking Away from the Insanity: How to easily take control of your restaurant and make more money. Download it here. Watch more on our YouTube Channel. 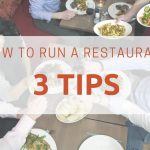 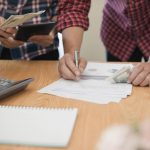