How to Believe in Yourself to Achieve Success

My 6-year-old son recently conquered a crippling fear and taught me something I hope to pass on to you.

Jack is a very coordinated athletic boy, who since a very young age has been able to do things most his age can barely grasp. He can already drive a golf ball 130 yards, but up until recently he could not ride a bicycle.

He has the physical ability to balance and the strength to use his body to power the bicycle. The only thing left holding him back was his focus on fear.

I must admit that during the process of teaching him, I did not have my proudest parenting moments, so I decided to just let it be and let him learn in his own time. But as he grew so did his fear.

Part of the problem was that I believed in him more than he believed in himself. I have perspective though: I knew that although there was a possibility that he could fall, I would be by his side to ensure that he wouldn’t.

So we focused on all the things he was good at and all that he could do, even if they had nothing to do with riding a bike.

When we finally attempted the lesson again, he believed in himself and his abilities. When he started to waver, instead of letting his negative thoughts take over, he persevered and found success when he pushed past his fear, where he had given up in the past.

As a restaurant coach I want to tell you that you can succeed in your business the same way my son succeeded on his bike.

Remember, I know without a doubt you can do it. I believe in you. You have all of the ability to physically do what is necessary to succeed. The only thing holding you back is your own lack of belief in yourself and your fear of failure.

However, my belief in you is useless if you do not believe in yourself. Look to the others in our system that have achieved success and let that inspire success in you.

Start right now and write down all the things you excel at and at the same time write down your goals for this next year. Now look at the goals and realize that the only thing keeping you from those goals is your belief they are not possible.

Lose your fear because I will be right alongside you coaching you. I won’t let you fall. 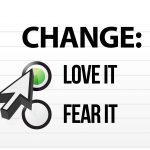 Are You Committed to Change in Your Restaurant?1. David Scott Peters, SMART Systems 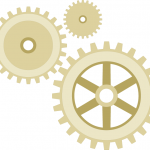 How to Plan for the Holidays in the Restaurant Industry – Gearing Up1. David Scott Peters, SMART Systems, The Numbers