It’s your job to make sure everyone – especially management – is successful!

In 1964, Eric Berne’s bestselling book, “Games People Play,” was published. It has guided therapists and human development experts to understand the darker side of human motivations to engage in negative interactions.

One of the games Berne’s talks about is called NIGYSOB. This is an acronym for “Now I’ve Got You, You Son-of-a-Bitch.”

I see this game in action in far too many restaurants. And the downside of this kind of game playing is a business where no one trusts anyone. Everyone is waiting for the “I got you!” instead of focusing on doing their best to make sure the customers have a great dining experience and the restaurant is profitable.

Changing the game into “WINS”

I teach that it’s your job to change the rules and re-invent the game from “NIGYSOB” into “WINS!” “WINS” stands for “We Implement New Successes!”

This game is a lot more fun and avoids the whole state of anger and failure. It creates an environment where if people fail, it’s because they don’t belong on your team because we won’t let the winners fail.

Here’s how the WINS! game should be played.

The owner of the restaurant wants his chef to be good at his job and insure the restaurant has happy customers and makes money. The owner sits with the chef and says, “Look, we need to get these recipe costing cards completed by the end of the month. They are critical to re-engineering our menu. Please have them on my desk no later than the last day of the month.” The chef agrees and says, “No problem.”

Instead of accepting the chef’s answer and waiting for the end of the month to come and go, praying/hoping the chef is successful, the owner continues with his expectation and says, “I would like 25 of them completed by this Friday. After the first 25 are completed, I want 50 completed each week so we can hit the deadline.”

A few days go by and the owner finds the chef and asks how the recipe costing cards are coming. The chef says, “The first batch are almost completed.” From this point forward, to make sure the game WINS! is successful, the owner has to understand he is now from the state of Missouri! Why Missouri, you ask? Because it’s the “Show Me” state.

So after the chef responds, the owner replies with, “Great, show me.” It’s his job to ensure his chef is successful and when he sees that in fact the recipe costing cards are not on schedule, he has the opportunity to coach the chef to success. This gives him the chance to learn if he doesn’t understand how to get them done correctly or quickly. He might learn that he hasn’t even started. Or he just might see that indeed, the project is moving along as planned. No matter what, the job is to make sure the chef is on task and will make the deadline, because when that happens, everyone WINS!

There’s more to winning the game of WINS. As the restaurant owner, if you play this game correctly, if the chef does not make the deadline, it’s because together you changed the deadline after discovering it was unrealistic or other priorities replaced this project’s timeline. Or, you just might find yourself writing the chef up because he failed. And if he failed there is no conflict because you have been by his side in the process from start to finish. He knew what success looked like from start to finish and you were there trying to ensure he was successful.

Don’t get me wrong; this is not micromanagement where you do things for the chef because he is not doing them right. No, this is coaching the chef to make sure everyone WINS! 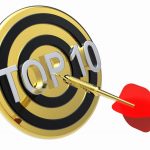 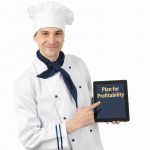 How to Define Chef in Your Restaurant1. David Scott Peters, Employees, Labor, Leadership