How NOT to Mangle a Menu Update

Recently I was elated to find one of my local restaurants did a menu update after what seemed like years! The menus arrived at the tables nicely creased and with vivid colors on the cover, and I was inspired to order a few of the new items to share with the table.

One of the appetizers we tried was a wonderful coconut shrimp appetizer served with a mango habanero sauce. The appetizer arrived and looked awesome! The plump (probably in the 21/25 range) tail-on shrimp was of good size and hand breaded with golden brown, sweet coconut breading. The side sauce was also pretty delicious, the sweetness of the mango left just enough of the habanero heat uncovered to compliment the sweet shrimp perfect.

It was a very simple, but well executed dish. I was really impressed, especially because of the caliber of the restaurant. It was definitely something I would order again!

Now fast forward two weeks. I had literally just arrived back in town from traveling across the country from a productive consult and my internal fuel tank was dangerously close to E. I had forgone the masses of bag to fryer cuisine in multiple airports all day, and I was ready to eat something good. I quickly found myself ordering the same coconut shrimp appetizer without even looking at the menu. Boy was I in for a surprise.

When the server brought it out, I thought it was a joke. On the plate in front of me were six butterflied shrimp that looked like something out of Jurassic Park, completely petrified and dark brown. I was speechless as the server asked if I needed anything else and then quickly retreated to the safe confines of the server station.

The shrimp were a far cry from the hand breaded, tasty morsels I had devoured a couple weeks before and for some reason the mango habanero sauce had changed to a vomit brown color and developed some floating scallions in it. I quickly realized the dish wasn’t meant for human consumption.

Since it was no longer meant for my dinner, I endeavored to determine if there was actually any real shrimp underneath the Kevlar-like coating of breading. Knife in hand, I started to peel the breading off and discovered one of the smallest butterflied shrimp I’ve ever seen. The size was so small you could actually see through them when you held it up with light behind it. It was something I expected to get on the Las Vegas strip from a building brandishing a 99 cent shrimp sign. I took pictures because it was unbelievable compared to the original experience.

When the server came back and asked if I was all finished, I asked him what the deal was with changing the product from what they had originally versus the junk they just served. He quickly replied that the chef told the staff they couldn’t keep up with the demand for the original product so they had to switch to a premade product. Then the server rushed to assure me this product was just as good and the customers would be happy since they’d get more shrimp (I think he meant more tails, not more shrimp!) with each order.

Here’s the lesson: If the chef relied on systems to operate his kitchen, the outcome could have been much different. The premade product was not the solution. With the use of a properly organized prep system, the kitchen staff would have been able to keep up with demand. Although the par levels could have been increased to meet demand, the tool would have given him an idea for how to approach the prep procedure in a systematic approach to begin with, instead of trusting gut feelings and ultimately doing everything on the fly or in the eleventh hour.

Next time you do a menu makeover, don’t forget the systems to ensure the success.

Brad Hackert is an independent consultant and owner of Systems Pro Consulting, providing on-site systems implementation support to restaurant owners everywhere. He works in restaurants with independent restaurant owners to teach them how to make SMART Systems work in their restaurants. Brad has worked in every part of the restaurant, handled crisis and business-threatening situations as well employee issues, and he’s a firm follower of systems for business success. Want to kickstart your systems in your restaurant? Call Brad: 1-800-309-6780. 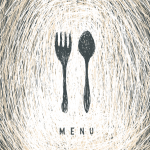